A note from Gary Levinson 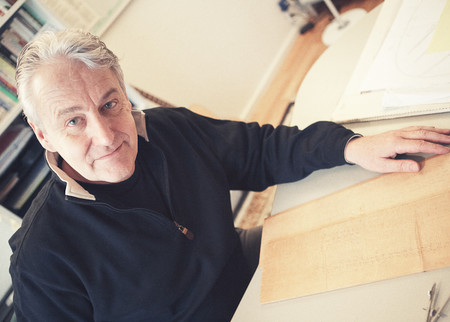 I started repairing guitars in 1964. It began as a hobby and quickly grew to a passion. In 1968, while at the University of Illinois, I started doing guitar and violin repairs at a local shop and shortly thereafter set up a repair business with a friend. During the coming years we served musicians from Leo Kottke over REO Speedwagon to the Grateful Dead when they came through the area on tour.

The wonderful thing about doing repair and customizing work is that you learn what guitarists wish their instruments would do – what they really would like their instrument to give them in regard to features, feel, playability and, of course, sound. You learn what is wrong with many instruments and how to make them right. What a fantastic training ground to develop a line of instruments!

My studies brought me to the University of Basel in 1971, where I was involved marine research work over the next six years. I completed my Masters in 1976. In 1977 I opened Guitars by Levinson in Basel, Switzerland with the idea of simply taking a year off from my studies. But my passion for guitars was too great. I built custom guitars to order over the next 10 years, never making the same guitar twice. It was a wonderful time.

I began doing on-site consulting in Japan and Korea for other manufacturers in the early 80’s. During this time I learned in great detail about manufacturing techniques and also developed new ideas for electronics and hardware but was told by manufacturers that my ideas were “too revolutionary.” So I decided to do it myself.

January 1987 a manufacturing alliance was made to bring the highest integrity in build with the most innovative developments. In October, 1987 the first instruments were shown and Blade Guitars was launched at the Tokyo Music Show that year. The 1988 Frankfurt Musikmesse heralded the launch into Europe.

The ideas that make Blade revolutionary were born in the repair shop and this continues today. Blade Guitars are the result of almost 50 years of solving the problems that guitarists like you brought to me. Every piece of technology was developed to meet a specific need that the musicians had expressed to me. This is the reason why Blade has been one of the most successful new guitar lines to be launched in recent years – we listen to you, the musicians.

Thank you for your continued support and input. I always look forward to hearing from you